The future of solar panel efficiency is expected to continue to improve as research and development in the field progress. Current research is focused on increasing the efficiency of solar cells, developing new materials for use in solar panels, and finding ways to reduce the cost of manufacturing solar panels. Some experts predict that solar panel efficiency could reach as high as 50% in the future, which would be a significant increase from current levels. Additionally, the use of concentrated solar power (CSP) and hybrid solar panels (bifacial, tracking, etc) is expected to become more common in the future, further increasing the overall efficiency of solar power systems.

There are many ongoing research efforts in the field of solar energy, with new developments and discoveries being made regularly. Some of the latest research in solar energy includes:

Perovskite solar cells are a newer type of solar cell that has the potential to be more efficient and less expensive than traditional silicon solar cells.

Dye-sensitized solar cells use a dye to absorb sunlight and convert it into electricity. They are less efficient than traditional solar cells but are less expensive to produce.

Organic solar cells are made from organic materials and they are flexible, lightweight, and can be produced at a lower cost than traditional solar cells.

Tandem solar cells use multiple layers of solar cells to increase efficiency. They have the potential to convert more than 30% of the sunlight into electricity, which is significantly higher than traditional silicon solar cells.

Hybrid solar panels are a combination of different types of solar cells, such as silicon and perovskite cells, to increase the overall efficiency of the panel.

Concentrated Solar Power (CSP) systems use mirrors to focus sunlight onto a receiver, which converts the heat into electricity. CSP systems are less efficient than traditional solar cells but have the potential to generate electricity during times when the sun is not shining.

These are some of the current research that is taking place in the solar energy field. The knowledge on the subject is constantly evolving and new developments may have happened after the cut-off date of the model.

There are several solutions for using solar energy in residential homes, including:

The most common and well-known solution for residential solar energy is the installation of solar panels on the roof of a home. These panels convert sunlight into electricity, which can be used to power the home or sent back to the grid for a credit on the homeowner's utility bill.

These systems use solar energy to heat water for household use, such as for showers and laundry. They can be used in combination with traditional water heating systems for added efficiency.

As the cost of batteries continues to decrease, more homeowners are installing battery storage systems to store the electricity generated by their solar panels for use during non-sunlight hours.

Solar attic fans use solar energy to ventilate the attic and reduce heat build-up in the home. This can reduce the load on air conditioning systems and lower energy costs.

Solar pool heating systems use solar energy to heat swimming pools. This can extend the swimming season and reduce the need for electricity or gas to heat the pool.

Hybrid solar systems are a combination of different types of solar energy solutions, such as solar panels and a backup generator. This provides a reliable source of electricity even when sunlight is not available.

💡
Did You Know? With Solar Labs, you can increase your solar sales conversion by a WHOOPING 300%. 🚀
Book A FREE DEMO!

Each of these solutions has its own set of benefits and drawbacks, and the best option for a particular home will depend on the homeowner's specific energy needs, budget, and location.

The future prospects of solar-powered cities are very promising as more and more cities around the world are turning to solar energy as a way to reduce their dependence on fossil fuels and decrease their carbon footprint.

In the future, it is likely that we will see more and more solar panel installations in cities, both in residential homes and commercial buildings. This will help to increase the overall amount of electricity generated by solar energy in cities.

Smart cities are urban areas that use technology to improve the quality of life for residents and reduce their environmental impact. In a smart solar-powered city, the energy demand and supply will be monitored, and distributed in a more efficient way.

Microgrids are local energy systems that can function independently from the traditional power grid. They are becoming more common in cities as a way to increase energy security and reduce dependence on fossil fuels. In a solar-powered city, the microgrid would be powered primarily by solar energy.

Electric vehicles are becoming more popular in cities, and as the number of electric vehicles on the road increases, the demand for solar-generated electricity will also increase.

Building integrated photovoltaics (BIPV) is a type of solar panel that is integrated into the building, rather than being added on as an afterthought. BIPV has the potential to greatly increase the amount of solar energy generated in cities.

CSP is a technology that uses mirrors to reflect and concentrate sunlight onto a receiver, which converts the heat into electricity. This technology is more appropriate for large-scale power generation and can be a great solution for solar-powered cities.

However, it's worth noting that creating a solar-powered city requires a significant investment in infrastructure and technology, as well as a change in the mindset of the citizens. The implementation of these solutions and the level of success varies from one city to another depending on the factors such as government policies, investment, and public awareness.

The solar energy market has experienced significant growth in recent years and is expected to continue to grow in the future. Some of the key trends and drivers of this growth include:

Government policies, such as tax incentives and renewable energy mandates, have played a significant role in driving the growth of the solar energy market. These policies have helped to create a more favorable environment for solar energy development and deployment.

As concerns about climate change and energy security continue to grow, the demand for solar energy is also increasing. This is especially true in developing countries, where the need for access to electricity is increasing as the population grows.

Research and development in solar energy technology have led to new developments, such as perovskite solar cells, which have the potential to be more efficient and less expensive than traditional silicon solar cells.

The decrease in battery storage costs has made it more viable to store the electricity generated by solar panels, this allows for more efficient use of solar energy and increases the overall capacity factor of the solar installation.

Many countries are reaching grid parity, meaning that the cost of solar energy is becoming comparable to the cost of electricity from the grid. This is making solar energy a more attractive option for many customers.

Utility-scale solar projects are becoming increasingly popular, as they are able to generate large amounts of electricity at a lower cost than smaller, distributed projects.

The solar energy market is expected to continue to grow in the future as more countries adopt policies to promote renewable energy and as the cost of solar energy continues to decrease. However, the growth of the market can vary depending on the factors such as government policies and regulations, economic conditions, and technological advancements.

There have been several advancements in solar energy systems for urban areas in recent years, including:

BIPV is a type of solar panel that is integrated into the building, rather than being added on as an afterthought. This type of system can increase the amount of solar energy generated in urban areas, as it allows for more surface area to be used for solar panel installations.

Rooftop solar panels have become a popular choice for urban areas, as they make use of the limited space available in buildings. Advances in technology have made it possible to install solar panels on a variety of roof types, including flat roofs and metal roofs.

Solar canopies and shading systems are a great solution for urban areas as they provide shade for pedestrians and vehicles while also generating electricity. These systems can be used in parking lots, bus stops, and other outdoor spaces.

Many cities are replacing traditional street lights with solar-powered street lights. This is a cost-effective solution as it eliminates the need for trenching and underground wiring, and reduces energy consumption.

Solar walls are a type of solar panel that is installed on the walls of buildings, rather than on the roof. They can be used to generate electricity and also provide shading and insulation.

Floating solar systems are installed on bodies of water, such as lakes, reservoirs or canals. These systems can be a great solution for urban areas as they make use of otherwise unused space and can also help to reduce water evaporation.

Community solar projects allow multiple customers to share a single solar installation. This can be a great solution for urban areas, as it allows residents who may not have the ability to install solar panels on their own property to still benefit from solar energy.

These are some of the advancements in solar energy systems that are being used in urban areas. As the technology continues to evolve, new solutions may be developed and implemented in the future, to make solar energy more accessible, efficient, and cost-effective for urban areas.

The future of solar energy is very promising as the technology continues to improve, costs continue to decrease, and demand for clean energy increases. Advances in solar cell technology, such as perovskite solar cells, have the potential to increase efficiency and decrease costs. Additionally, the integration of other technologies like battery storage, microgrids, and smart cities can further improve the overall performance and reliability of solar energy systems. The government's policies and incentives, along with the growth of the electric vehicles market and building integrated photovoltaics (BIPV) will also play a crucial role in the growth of the solar energy market. Furthermore, the development of solar-powered cities, floating solar systems, and community solar projects are some of the advancements that can make solar energy more accessible, efficient, and cost-effective for urban areas. However, the implementation of these solutions and the level of success varies from one place to another depending on the factors such as government policies, investment, and public awareness.

Solar energy has gained popularity as a way to produce electricity and lessen reliance on fossil fuels. However, there are only two basic ways to get solar panels: through lease or outright purchase. Both offer advantages and disadvantages, so it's crucial to think carefully about which is ideal for your

Advances in battery technology have had a significant impact on the solar industry, by allowing for the storage of excess solar energy generated during the day for use during times when the sun is not shining, such as at night or on cloudy days. This has made solar power systems 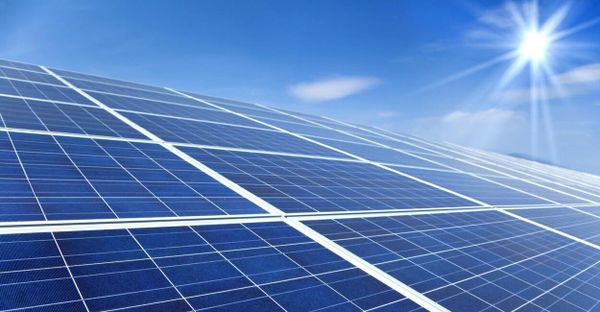 Investing in solar energy can provide a number of economic benefits. One of the most significant is the creation of jobs in the solar industry, which can help to stimulate local economies. Additionally, solar energy can reduce dependence on fossil fuels, which can lead to lower energy costs for consumers