Solar panels are always equipped with an inverter because they’re one of the most important components of the system. Selecting an inverter can either make or break the efficiency of the system. So it is important to be equipped with the right knowledge on inverters that are used for solar PV systems. This article provides the basic know-how of everything related to solar inverters ranging from the types of inverters, their functions and features, safety issues related to inverters and even inverter sizing requirements.

An inverter can be equipped for solar PV systems that are either grid-tied or used in stand-alone systems. In either case, it is necessary to ensure that the inverter is placed in an area that is well ventilated. The weight of the inverter must also be taken into consideration before deciding how to mount it and the location access should be easy so that periodic checks for maintenance can be carried out smoothly.

If small inverters with less than 2kW of continuous power rating are used, then such inverters can simply be placed on shelves or desks because of its lightweight nature and ease of portability. Medium-sized inverters with a continuous power rating between 3kW and 10kW need to be mounted on the wall and should be securely fixed because they are heavier. Large-scale inverters which have ratings more than 10kW must be securely bolted to the floor because they are too large and heavy.

When inverters are operating especially close to their rated output, they generate a lot of heat. Hence, it is essential to install them in locations with good airflow to prevent over-heating and subsequently, damage to the inverters. Over-heating is the primary reason for solar PV systems to produce significantly lesser power than its rated output so when selecting an inverter for utility applications, you must check its operating temperature range and how to maintain the system within that range. One way to prevent such losses is to install them in ventilated areas with clearance around them. They should be installed away from the ceiling and shouldn’t be installed in sealed locations like a cupboard. It’s possible to install inverters outside as well in locations such as the garage or the outside wall of a particular building. There are also options to invest in ‘outdoor inverters’ but they’re difficult to source and are expensive. Outdoor inverters must also be properly sealed against moisture, dust and other pollutants that could potentially affect the operation of the equipment. They must also be rated according to the regulatory standards of that location. Certain inverters come with an external cooling fan that’s temperature-controlled or an external heat sink to dissipate extra heat that is produced during its operation. Also, if a particular inverter is producing power which is more than 500W, then the inverter tends to make a low continuous humming sound which may be amplified due to the noise resonating with the wall. This may be a disturbing environment to work or live in and in such cases; there are options to dampen the mounting that is between the inverter and the floor/wall. However, these are rare occurrences and are easily solvable.

When investing in an inverter, 3 things must be taken into consideration:

Depending on the type of application, different inverters are used which vary in its properties. A grid-tied inverter does not work in the same way as a stand-alone inverter. Grid-tied inverters should work in combination with the grid. These inverters work directly with the solar panels and switch off when panels don’t produce enough electricity. For stand-alone systems, the power generation is entirely independent of the grid and in such cases; inverter operates by connecting with the battery bank. If the battery bank is low on charge, then the inverter also switches off.

The other lesser-known types of inverters are:

Central Inverters Vs String Inverters – Which Is Better?

The next aspect to consider is the safety issues. Some of the safety-related concerns are:

To ensure that the inverter works optimally, the following factors need to be accounted to correctly size your inverter:

In essence, it is important to consider the role of an inverter in the functioning of a solar PV system. From the various types of inverters used for different applications, its features and operation to the safety issues and inverter sizing, this article has been able to detail a general idea on everything you needed to know about inverters. The need for knowing these components is because the market for renewable energy is constantly increasing and solar technology is swiftly gaining popularity because of its ability to produce free electricity. So because of the growing demand of solar photovoltaics, the function of inverters also started gaining momentum and before you decide to invest in solar technology equipped with inverters, it is vital to understand the basics of inverters and what’s considered during inverter sizing before committing to such a project because if research isn’t done right, you can lose a lot of money. Hence, we at The Solar Labs got you covered and you don’t have to worry about being inexperienced in the field of solar technology which is the investment of a lifetime! 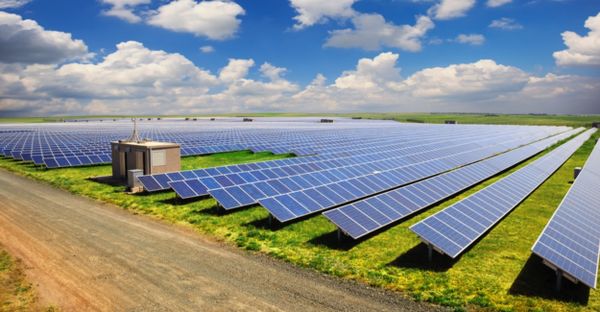