Simply speaking, it is energy from the sun. This energy is, in the form of photons and can be used to generate electricity using photovoltaic cells. So what’s a solar energy system made of?

What is Solar Energy really?

Using a solar system installation, this energy can be harnessed and used to power your home, office, or just any place that needs it! With dropping costs and innovative technologies being developed, solar power will soon account for satisfying a large percentage of the energy demands of India.

So what’s a solar energy system made of?

A solar energy system is installed on a premise to generate power using solar irradiance. You might know primarily of photovoltaic panels, popularly known as ‘solar panels. But that’s not all!  Here’s a complete list of the components of a solar system that you need to be familiar with before installation:

Solar Panels: These are also called photovoltaic panels; they convert solar radiation into usable electricity. The most prominent part of the solar system, are present on the roof of the building.

To further understand how panels function, here are the details:

The major component of the panels is silicon. N-type or P-type silicon is created using a process called ‘doping’. These two types of charged silicon are placed together to form a photovoltaic cell and several such cells are connected in series to form a panel.

Most panels are of two kinds: polycrystalline or monocrystalline.

The silicon cells in panels absorb energy in the form of photons from solar radiation.  Electricity is generated as DC current when these electrons travel through the circuits in the solar cells.

Electrons traveling through the solar cell generate DC or direct current. However, for household and office use AC or alternate current is needed. Hence, inverters are needed to convert this produced DC power to AC power.

Solar panels are the lifeline of a solar photovoltaic system. They convert sunlight into electrical energy. It is important to make sure you install good quality solar panels. Not all panels are built the same. Make sure that the solar panels you purchase follow the IEC 61215 test.

Arrays are a group of panels connected to each other in a series configuration. The size of the array may range from 5 to 100 depending on the size of the solar system being installed.

An Array DC Disconnect is installed. It disconnects the array from the inverter for any maintenance, replacement, or upkeep work.

Inverters are of the following types:

The entire array of solar panels is connected by ‘strings’, which are connected to a single inverter. This is the most cost-efficient. However, poor performance by even one panel in the entire string affects the overall performance of the entire system. This may even happen due to temporary shading on even one panel. Hence it is imperative to make sure a proper shading analysis is done by the solar installer. Typically, string inverters can be used for any roof.

One of each of these is installed at each solar panel. This enables them to maximize production because even if a particular panel is in a different direction or experiencing shading, the performance of the whole string is not affected. The cost of micro-inverters however is much higher than that of a string inverter. 3. Power optimizers: Cross between string inverter and micro-inverter systems. Similar to micro-inverters, power optimizers are installed at each panel. However, instead of converting the DC electricity from the solar panels into AC electricity, the optimizers “condition” the DC electricity before sending it to a centralized inverter. Like micro-inverters, they help when problems such as shading or facing different directions occurs in individual panels. While this system is cheaper than microinverters, it is also costlier than string inverters.

Batteries – yes or no?

Normally, batteries are not required in solar systems connected to the electricity grid due to net metering policies by the government. However, if you live in an area of frequent power cuts, you will need to have batteries. Let us see how:

India has some of the most favorable net metering policies in the world. Electricity is metered on the total number of units consumed and not the time energy is consumed. Hence, even if you do not consume solar energy generated during the day, it will be transferred into the grid and will offset your evening and night consumption.

Panels can be mounted into arrays in 3 ways:

Most common is an approach that is aesthetic and efficient. While the panels might not much maintenance, mounting them on the roof, especially a high one, might make access for cleaning or repairing systems can be a challenge. It may be needed according to zoning ordinances.

On poles in free-standing arrays:

Compared to roof arrays maintenance is easier due to a suitable height. However, these take up extra space.

Simpler and easier to access as they’re lower in height. But space might be a concern for directly mounting arrays on the ground. Should not be used for arrays with a regular accumulation of snow.

In all of the following mounting systems, the array mounts could be of two types:

The panels are stationary and are pre-set for a particular height and angle. A fixed mounting system is mandatory if the array is attached to the rooftop. While they may not give the optimum angles for output, they’re cheaper and less complicated to install.

These arrays literally move with the sun and set their angle according to the movements of the sun i.e. they track the sun. They adjust themselves to move from east to west (single-axis mounts), through changing seasons (dual-axis mounts). They are more expensive but slightly more efficient. These are not used for rooftop solar and are more suitable for large ground-mounted solar plants due to higher maintenance requirements.

They give you information on your installed solar system’s performance. Monitoring systems can help you and your solar installer identifies any unexpected problem affecting the performance of your system and fixes them. Hence, it is beneficial for obtaining expected energy output and hence, a strong financial return.

Electricity generation is recorded from a monitoring device that is actually present at your site of installation. Most inverters have a screen where basic data is available.

Electricity generation data is recorded and transmitted to a monitoring service that you can access remotely. This is required to get much more insight into what problems might occur. Remote monitoring makes automatic diagnostics possible using the latest data analytics techniques.

Prevents batteries from being overcharged.

Solar panels have a manufacturer’s warranty of 25 years. Inverters have manufacturer warranties of 5-10 years, depending on the brand of the inverter. Other components are typically not covered by warranty and the solar company is in charge of making sure of replacements in case things go wrong. 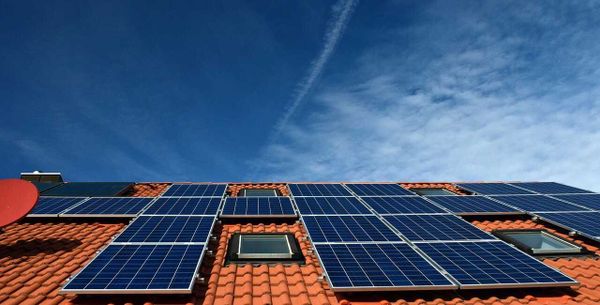