A lot of organizations and individuals are switching to solar power systems as the renewable energy sector experiences extraordinary growth. Solar energy has also gotten significant support from many countries.

Commercial and industrial establishments that get higher-priced grid electricity from power companies are increasingly considering renewable energy sources to offset the expense. A typical problem is deciding whether to connect to an off-grid or on-grid solar power system. Before making a decision, let us first examine the distinctions between these two systems.

An on-grid or grid-tied solar system is one that operates in tandem with the power grid. This implies that any surplus or deficit in electricity may be supplied back into the grid via net metering. Many household users are choosing an on-grid solar system since they may receive credit for the extra power produced by their system and save money on their electricity bills. You will always have access to power, whether from the solar system or the grid. They do not have batteries.

Solar inverters are an important component of a residential solar energy system because they transform the power generated by your solar panels into a form that can be used by appliances, lights, and other devices.

Unlike an off-grid solar system, these are unable to function or generate power during a blackout for safety concerns. Because blackouts often occur when the electricity system is down, if the solar inverter pumped energy into a downed grid, it would jeopardize the safety of those repairing the network's flaws. Most on-grid solar systems with battery storage may disconnect from the grid and continue to provide some power during a blackout (this is known as islanding).

With a net-meter, the user only pays for the excess power he consumes, resulting in a significantly lower monthly payment. Many of our customers have saved up to 90% on their monthly expenditures.

The absence of batteries in the on-grid system simplifies maintenance. It also removes the cost of battery maintenance.

Synchronize with other Sources of Power:

These devices can also communicate with an on-site diesel generator. This is critical if grid electricity is unavailable.

Solar inverters control the voltage and current generated by your solar panels. Your solar panels convert direct current (DC) into alternating current (AC), which is the form of electricity used by the majority of electrical equipment.

Grid-tie inverters, also known as grid-interactive or synchronous inverters, also synchronize the phase and frequency of the current to meet the utility grid (nominally 60Hz). In order for extra power to flow outwardly to the grid, the output voltage is also set slightly higher than the grid voltage.

Most homes will need to replace their present power meter with one that is net metering compliant. This instrument, also known as a net meter or a two-way meter, can measure electricity flowing in both directions, from the grid to your home and vice versa.

You should check with your local utility provider to determine what net metering alternatives are available to you. In certain areas, the utility company may provide you with a free power meter and will pay you full price for the electricity you create; however, this is not always the case.

The term "off-grid" refers to a system that operates independently and is not connected to any utility's power system. This method stores produced solar electricity in batteries.

Although off-grid systems are self-sustaining, they are more expensive since the customer must purchase a battery pack, solar panels, grid box, inverter, charge controller, mounting structure, and system balancing. During the day, the panels create and store energy, which they then use at night.

The device is appropriate for locations that experience regular power outages. Off-grid solar systems can provide autonomous and sustainable power generation in rural and isolated places.

Solar pumps, according to the ministry's website, are an important component of the solar off-grid initiative, which provides small and marginal farmers with a reliable irrigation facility. These pumps are being installed in rural regions to replace conventional diesel irrigation pumps. Since 1992, the government has been executing the initiative, and 2.37 lakh solar pumps have been installed in rural regions.

Going off the grid means you won't have to deal with any unexpected power outages at home. This is owing to the fact that you will not be connected to the city's power supply, which may face power outages due to freezing rain, sleet storms, or high winds, which can damage power lines and equipment. Power outages are inconvenient because they reduce productivity and make living conditions unpleasant.

While disruptions lasting a few minutes to a few hours are inconvenient, those lasting days or weeks are extremely unpleasant since homeowners will feel the agony throughout these periods. Living without power is inconvenient, and having to wait for the service to be restored is aggravating.

Off-grid renewable energy reduces your dependency on finite resources such as fossil fuels, which grow in price as they diminish, as well as the need to pay power bills.

Although an off-grid solar system has a high initial cost, the cheap monthly rates and minimal maintenance expenses make up for it in the long term.

Off-grid solar systems get all of their energy from the sun, so there are no monthly power bills to pay. Maintenance expenses are also cheaper than usual, due to the introduction of LED lamps that simply require battery replacement.

Because the technology connected with off-grid solar systems is not grid-dependent, the installation procedure is significantly simpler than needing to rely on sophisticated infrastructure to work.

Grid-tied systems, for example, need the use of specialists to link them to the city's electric grid.

Installing an off-grid solar system, on the other hand, merely requires a homeowner to be familiar with standard equipment. Because the procedure is less difficult, it may be unnecessary to hire a specialist. The costly procedure of trenching to connect the gathered solar energy to the grid, which is required when using grid-tied systems, is also eliminated.

Rural and isolated residents confront substantial challenges when it comes to energy; they have less (and less modern) infrastructure than metropolitan regions, making it harder to connect to the primary power grid.

Blackouts are more often in isolated regions, making living conditions difficult. With such restricted grid connection, an off-grid solar system would be ideal for rural families.

If you live in a remote region, an off-grid solar system can help you become self-sufficient and less reliant on fluctuating city electricity. It is also usually less expensive and allows you to migrate to areas where there are no city power lines.

Charge controllers and battery regulators are other names for solar charge controllers. The final word arguably best describes what this gadget does: solar battery chargers control the rate of current provided to the battery bank and safeguard the batteries from overcharging.

Without a battery bank (or a generator), it'll be dark by the time the sun sets. A battery bank is just a collection of batteries that have been linked together.

All solar systems must include both AC and DC safety disconnects. One extra DC disconnect is added between the battery bank and the off-grid inverter in off-grid solar systems. Its purpose is to turn off the electricity flowing between these components. This is necessary for maintenance, troubleshooting, and the prevention of electrical fires.

If you're merely installing solar panels for your boat, RV, or other DC-powered device, you don't need an inverter. All other electrical equipment will require an inverter to convert DC to AC.

In contrast to grid-tied inverters, off-grid inverters do not need to be in phase with the utility sine wave. Electrical current goes from the solar panels to the solar charge controller and the bank battery bank before being converted to alternating current (AC) via the off-grid converter.

It costs a lot of money and requires large batteries to prepare for several days without the sun shining (or access to the grid). Backup generators come in very handy in this situation.

In most circumstances, installing a diesel backup generator is a better option than investing in a large battery bank that is rarely used to its full capacity. Generators can be powered by propane, petroleum, gasoline, and a variety of other fuels.

On-grid system: An on-grid system is linked to the utility grid, making power more accessible. You may use power even if your solar system is not producing enough electricity to suit your demands. Being linked to the grid allows you to have access to power at all times, whether you produce it or not. However, if your utility power goes off, your on-grid system will also stop working.

Off-grid system: An off-grid system will not be affected by a power outage on the grid. Because an off-grid system operates independently, a power loss will not disrupt access to electricity. Even if the power goes out, you will have an uninterrupted power supply.

On-grid system: This system is linked to the grid and so has access to electricity. However, if there is a power outage, you will be without electricity. In the event that the electricity at the grid fails, your on-grid system will also not work. This is the rule that must be followed in an on-grid system. This is done to keep utility personnel from getting electrocuted while working on the grid.

Off-grid system: Depending on the system size, consumption, and weather conditions, the system may produce more power than is required at times. Surplus power may be generated if your system is large enough and your usage is limited. Furthermore, an off-grid system is designed to generate extra power that may be used in the future. Batteries are connected to an off-grid system, allowing for extra power storage. This surplus electricity might be utilized to power the house at night or when the weather is overcast and the system isn't producing enough.

A huge battery bank is required to have enough electrical storage to meet all energy demands. This might cause the solar project to go considerably beyond budget.

On-grid system: In this case, the solar panel system is linked to the grid, which implies it is utilizing utility services such as transmission and distribution lines. These services will be charged to the grid-connected system. A set payment for connecting to the grid is also required. Aside from these service costs, you may occasionally discover that you have been charged for power utilized from the grid.

Which One Should You Choose?

Both on-grid and off-grid systems have advantages and disadvantages, and neither is superior to the other. Everything is dependent on your energy consumption, location, affordability, practicality and modeling in solar power design software. An off-grid system will be the best option in one instance, while an on-grid system may be a superior alternative in another. To find out what is best for you, speak with a professional solar system installer. 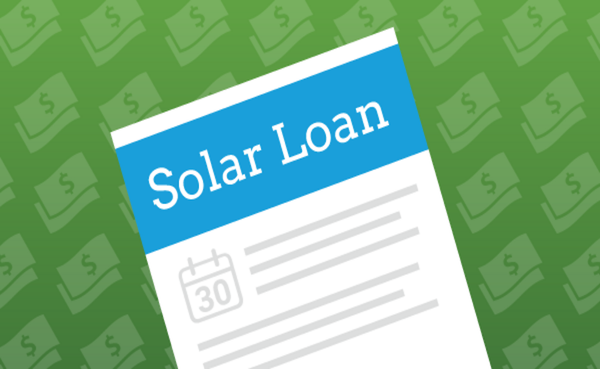 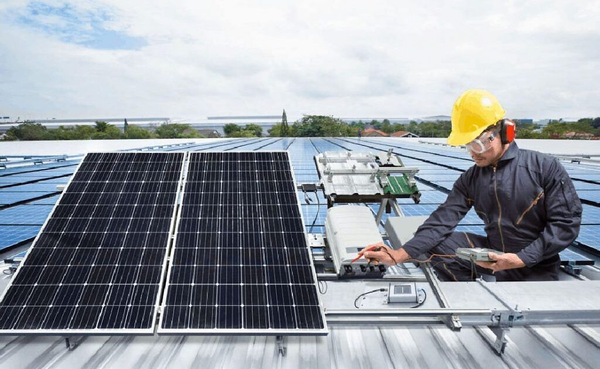 A solar panel is one of the components of a photovoltaic system. They are constructed from a succession of solar cells stacked on a panel. They are rectangular in shape and are used in conjunction to create power. Photovoltaics, or solar panels, gather solar energy and turn it into electricity,