While talking about the current weather of the world, then in India, it’s summer right now. Summer rains and noisy air conditioning units are working with the range 24/7 to keep domiciles comfortable. Or we can say the bigger electricity bills are going to generate because utility companies always increase electricity rates during peak seasons or whenever the demand is high.

The higher electricity bill always means more expenses for the family. Power is always a necessity for those living in an urban environment, and it should not be that much expensive, but they are because electricity relies on expensive fossil fuels and glasses. However, after the removal of certain factors, you and the rest of humanity can save money that is spent on electricity bills.

For the removal of the earth’s reliance on expensive non-renewable resources, replace them with the sun as an energy source. So, if you are not aware of the knowledge of how and why solar panels can save you from your electricity expenses, then let’s go further in this article.

Here’s the answer to how and why-

While making the decision to invest in a solar panel setup, a lot of positive things can happen for a considerable:

In the initial stage of the investment, the solar panels work for free. The solar panels acquire energy from the sun, which is an energy source that is free of charge. When the panels start generating the electricity and are connected to your electrical wiring, the house will then utilize this electricity instead of the one provided by the utility company.

The user can certainly save up on their electricity bills as the meter will not be running. The users or the owner of the solar panels must be aware of the fact that the solar works whenever the sun is out, which is usually from 6 a.m. to 6 p.m.

The Solar Panel System Can Also Produce Excess Electricity For You

Yes! You heard that right; all the time spent being baked in the sunlight is worth every second because solar panels can also generate excess energy depending on the weather.

There is a time when there is excess electricity generated by the panels, which eventually gets saved in the city or your local area’s transformer grid. This means that the power generated is transmitted to the utility providers so that the rest of the city can use them in the right way.

It is obvious that the solar panel system is not giving away power for free of cost; in fact, your meter will turn back in reverse when this excess electricity gets sent back to the grid. This reversal is dependent on the amount of excess electricity. This will lead to a reduction in the cost of the electricity bill.

The other factor requires an apparatus which is named a home energy battery that is compatible with most solar panel systems. That excess electricity produced by your system is transmitted to the home battery; this simply states that one can make utilization of the generated energy later or in the event of an emergency.

Net metering is a form of billing that enables consumers to get compensation for the surplus power generated at a price determined by the state. Net Metering is important if you have to sell excess electricity to the grid and get paid for it in return.

The savings will depend on the units generated and the tariff of the electricity in the city. An average tariff of ₹5.50 (~$0.0739)/kWh has been considered to calculate scenarios, but this could be more or less based on the location of the solar panel.

One can make utilization of the net metering facility that can help in supplying electricity to the grid and get paid for it. The net metering topic will be addressed in the future of solar panels.

Electric Bill Before And After Solar Panels

It is obvious that the owner of solar energy wants to reduce their monthly energy bills. It will only be successful when they plan on staying in their home for at least ten years, given its location near a great school, parks, and a shopping center. The owner must be interested in installing a 7 kWp solar panel system, as it is the one best suited to the size of their roof and budget.

As per the Energy Information Administration (EIA), the average annual electricity consumption for a household is 10,766 kilowatt-hours (kWh). The average annual and monthly power bills for a typical household are about $1,418 and $118, respectively. As per the analytics report of 2018, the EIA predicted energy prices would rise to a nationwide average of 14¢ per kWh in 2028, though in Nevada, they have fallen over the last ten years and may continue the same.

After choosing a 7 kWp solar panel system, the Solar family is able to produce about 7,000 kWh, or a little under half of their annual energy needs annually under ideal conditions. Assuming a cost per watt of 3 cents, their system costs $21,000, or $14,700, with an ITC. During that time, they will save about $9,125. However, if they decide to own their home for more than 16 years, their solar system will begin to pay for itself.

Have you ever wondered why solar companies need your electric bill?

The answer can vary from individual to individual. Solar energy provides various advantages to individuals, companies, and to the environment. One common question about switching to solar energy is, “Why does the solar system provider need to know the owner’s energy history if they are going to provide cleaner, lower-cost energy for me in the future?”

By looking at the electric consumption history, a system can be designed and sized accordingly to meet the assumed future demand. This information is also required to ensure that the customer does not buy more than what they require.

Solar panels won’t save the same amount of money. Solar consumes the entire energy of the sun, but it will still be wasted energy. There are also homes that are so well-insulated and so well-constructed that they “waste” very little energy. There are lots of benefits of solar; the homeowner should always try to be energy efficient having solar. Without a history of electrical costs, which will also tell a professional installer how much electricity a customer uses, a fair assessment cannot be made about how adding solar will affect an electric bill.

Keep in mind that a cloudy day reduces the output of a PV array, which means that peak demand savings also depend on luck. You can add a battery system to achieve demand savings more reliably, since the energy stored can be used at any time. Energy storage can be counted upon at night when solar panels are unproductive, or during cloudy days when their output is low. 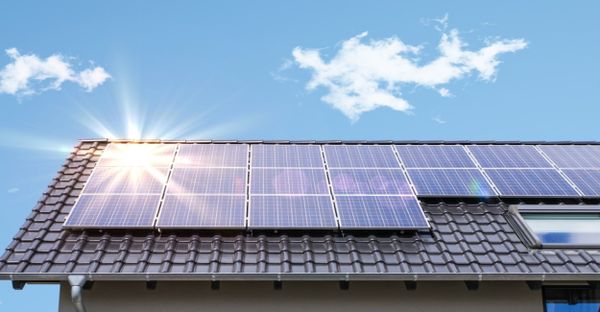 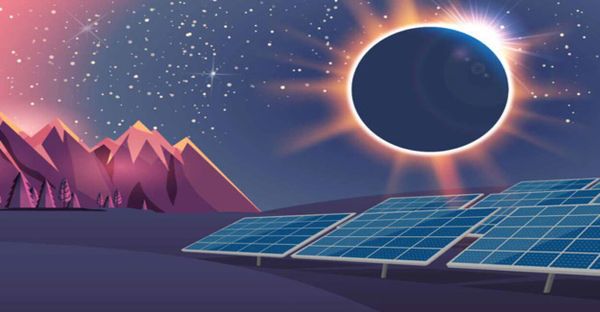 A new type of solar panel has been developed that can generate electricity at night. Researchers have created a photovoltaic (PV) cell that can be utilized within the process called radiative cooling so that it can support the generation of renewable energy for 24 hours. It works by tapping on